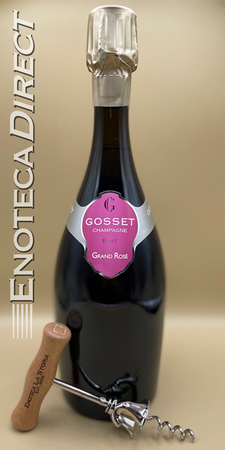 Founded in Aÿ in 1584 by Pierre Gosset, Champagne Gosset is the oldest wine house in Champagne. Over the next four centuries, generations of the Gosset family would go on to win fame not only as alderman, mayors and magistrates in Aÿ, but also in growing and trading wines of Champagne. Whatever the period, the men and women of the Gosset family had a single ambition — to improve their terroir.

In 2009, Champagne Gosset announced the acquisition of a new property in the heart of Epernay, which doubles the cellar space and serves as an extension to its production facilities in Aÿ.

Champagne Gosset’s reputation for quality starts in the vineyard, where it sources grapes almost entirely from premier cru and grand cru vineyards