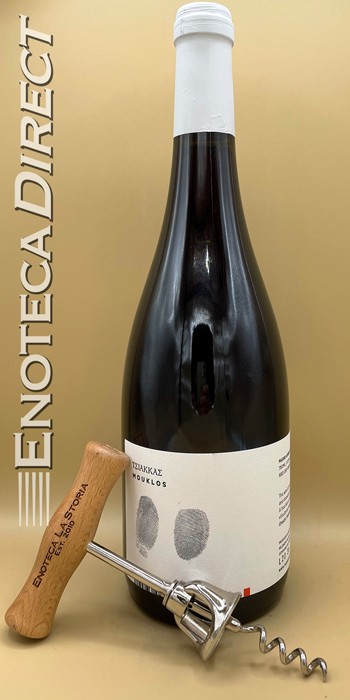 This small family winery sits  high up in the Troodos Mountains in the Pitsilia wine region on the Greek island of Cyprus, which is the oldest wine making country in the EU (its wine history dates back 5,500 year!)  All of these things sound beautiful and remote, because they are -- Cyprus sits alone in the Mediterranean sea off of Turkey’s southern coast, closer to Syria than mainland Greece.  And while Cyprus appears to be the sun-baked island of our dreams, it has seen its share of political turmoil, starting in the 70’s with Greece claiming half of the island, and Turkey the other half.  There was all sorts of drama, like a Turkish invasion, a Greek coup d'état, and UN intervention -- a mini civil war ensued,  people left, vineyards were abandoned. Including Costas’ grandfather’s vineyard, which he restored in 1988 after 20 years of neglect, replanting old, forgotten varieties like Yiannoudi, Promara, Vamvakada, Xynisteri and this one featured here, Mavro Mouklos, converting all farming to organic.

Cypriot wine is pretty rare here in the US, so we were thrilled to find this certified organic, carbonic red that is a true unicorn from the island.  Pale ruby in the glass, it smells like red cherries and sweet strawberries, with the same poppy red fruit carrying over to the palate.  Dry and light-bodied, with soft, gentle tannins and good acid, it the ideal red to sip pre- and post-meal, with a slight chill, or with difficult-to-pair food, like sushi -- its got the stuffing to stand up to bold flavors found in sushi without overpowering the delicate fish.