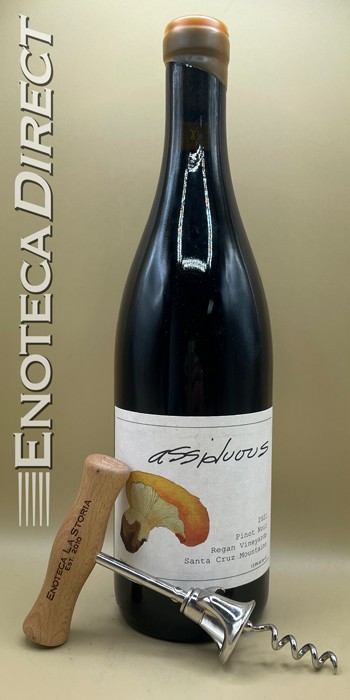 Winemaking: The grapes were hand harvested at 23.3° Brix. I usually like to do some whole cluster on the pinot but the grapes were 100% de-stemmed, as the rachis were a bit greener and would have imparted undesirable flavors. Indigenous yeasts and bacteria carried out both primary and secondary fermentations. The wine was aged in neutral French oak barrels for 10 months. Regan Vineyard is in the cooler area of the SCM AVA which lends to a pinot noir with high acidity, so the lees were stirred occasionally to help soften the wine. This wine is... Unfined. Unfiltered. Unadulterated.

Ingredients: Grapes and sulfur. That’s it!

Tasting Notes: Light red hue. The wine has an overarching earthy/soil like aroma. Secondary scents of cranberry, lavender, and orange blossom fill the nose. On the palate, this wine's acidity and tannins creates a feeling of tension followed by a lasting savory quality. As with most SCM wines the wine is approachable now but will be able to sit in the cellar for some years to come!