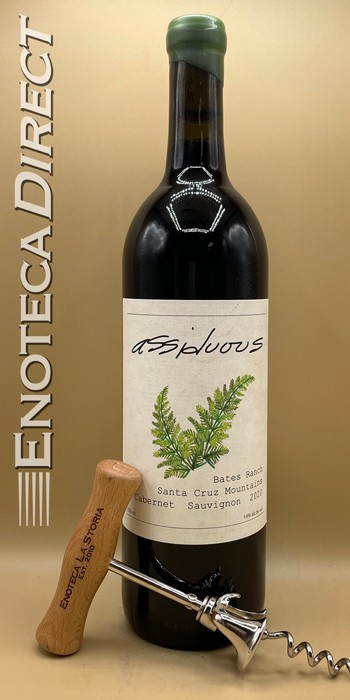 This is 100% Cabernet Sauvignon from the Bates Ranch Vineyard, a historic fourth generation property at the foot of Mt. Madonna in the Santa Cruz Mountains . The vineyard has some 27-year-old dry farmed vines as well as some younger plantings. The older vines produce a wine with a savory and powerful palate while the young vines produce a wine that is more fruit forward and aromatically appealing. This wine is a 50/50 blend of both new and old vines. Indigenous yeasts and bacteria carried out both primary and secondary fermentations. The wine was aged in 20% New French oak for 18 months and is bottled unfined and unfiltered.

Tasting Notes
Deep red hue. Scents of cassis, blackberry and leather fill the nose. Secondary aromas of green olive, peppercorn, and earth tones lie in the background. The palate sensation begins with a nice acidity followed by a savory mid palate and a long-lasting silky tannin finish. Overall, the wine seems to push and pull between old and new worlds. Extremely balanced and restrained, this is a perfect example of the style, elegance and power of Santa Cruz Mountains Cabernet.