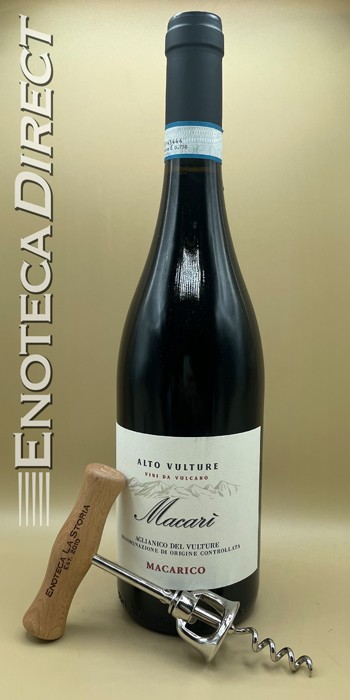 91 points, Wine Enthusiast. “Violet, walnut skin, pomegranate and red cherry meet a brisk pink-peppercorn note on the vibrant nose. This is smoothed and polished on the palate, with a tangy, driven line of crushed minerals pushing it along. Coiled red fruit jumps throughout, with crushed stones lingering on the close. There's suppleness to the fruit but immense drive, indicating this will hold well for some time. Drink now until 2026.”


Winery Notes: The lava flows that spread like starfish arms from the hulking Mount Vulture in Basilicata are some of the most treasured terroir in the south of Italy. Macarico is both the name of one of the region’s most prized lava flows and Barile’s most promising new winery. Rino Botte and his wife, Lucia—both Barile natives—returned home to this beautiful, yet remote region of southern Italy after great success in the restaurant business in the north. Both knew, somehow, that even though they left Barile with wanderlust in their hearts, there was something magical about the region that would someday draw them back. Botte returned in 1998 to purchase an abandoned winery in the heart of Barile to found both his winery, Macarico, and the Locanda del Palazzo, a hotel and restaurant that showcases the best wines and food of Basilicata and all of southern Italy.