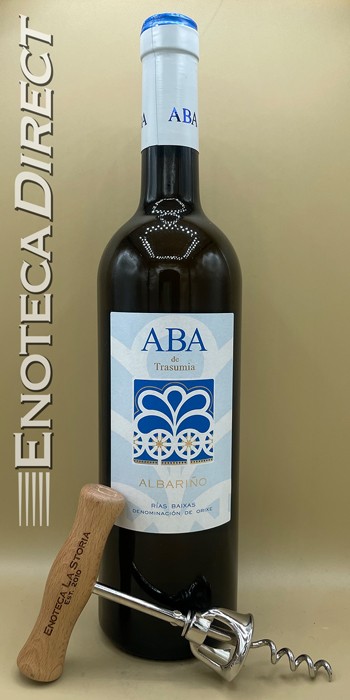 "This wine, too, will be a good wine to enjoy in the longer, warmer days ahead. Albariño is also one of the great white varietals of the world. I was introduced to this wine a few months ago as well and immediately marked it as a candidate for this club. It seems there are more and more different styles of Albariño coming into the US market, ranging from crisp, mineral and subtle to plump, juicy, more ripe/tropical versions. Me, I’m more a fan of the first type. It’s the kind that I’ve known and drank for most of my career. I can appreciate the riper versions, particularly now that I am more familiar with the sub-zones of Rias Baixas and am armed with the knowledge that there are some that are more inland and thus warmer than ones closer to the coast, so it would make sense that a wine from these regions would exhibit riper, more tropical characteristics. This wine is from the Val do Salnés, which is on the west coast is said to be the birthplace of Albariño; it is the coolest and wettest of all of the regions, so you would expect it to be on the lighter, crisper, more mineral side – and it is. I like the story of this wine (see below) in that it is the result of a group of locals who decided to make their own wine versus selling their fruit to the larger co-ops in the area. As you might imagine, it’s small production and a wine that you won’t find at just any wine store." ~Mike Guerra, Advanced Sommelier

100% Albariño. Various micro-plots in the Salnes sub-zone. From vines ranging in age from 20-50 years. Grapes are hand-picked and then destemmed. Wine is fermented and then aged (on lees, with some stirring in this vintage) in temperature-controlled stainless steel tanks.

Aromas of nectarine, orange, Anjou pear and white flowers, with a hint of fennel in the background. Fleshy orchard and pit fruit flavors tighten up with air. Shows very good energy on the long, chewy, mineral-driven finish, which leaves pear skin and honeysuckle notes behind.