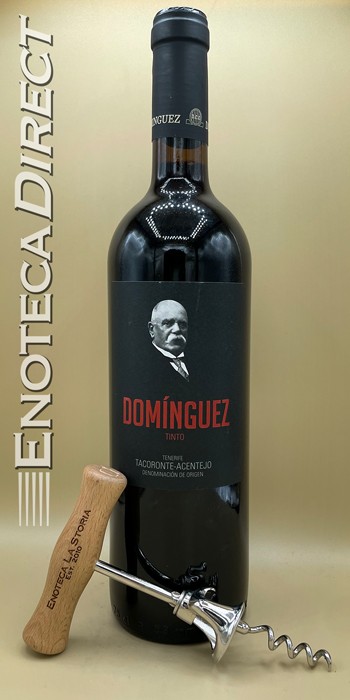 60% Listan Negro/30% Negramoll/5% Tintilla/5% Listan Blanco (Palomino) from the Tacoronte and El Sauzal districts of the DO.  Organic in practice.  As phylloxera has never reached the islands, all plantings are pie franco (own rooted). Spontaneous fermentation in separate lots by grape variety and parcel (although the Listan Blanco is co-fermented to provide structure).  Aged 4-6 months in used French, Central European, and American barrels. 1600 cases were made.

It is sharp and spiky, both aromatically and in flavor. Lots of earthy and volcanic notes, with vibrant black fruit and bramble. Plenty of acidity and dialed back tannins.

Dominguez Cuarta Generación is a family owned bodega in northern Tenerife producing wines of exceptional quality. Their wines are produced from varieties native to the island and only from grapes which they have grown (most producers in the area purchase from numerous growers).

Tenerife is off the coast of Morocco and the climate is warm and often humid, but don't expect these to be over-ripe, fruit bombs -they are mineral, earthy, balanced wines, capable of aging. Winds typically come from the north and the volcanic soils impart a distinct, dark, smoky, mineral character.