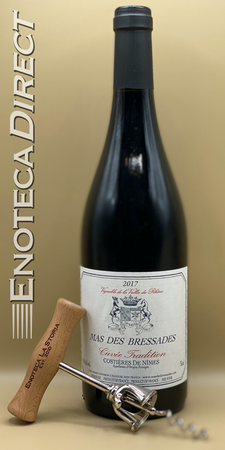 91 points, Wine Enthusiast. "Intense, primary aromas of crème de cassis and fresh green herbs perfume this juicy, voluminous red. A blend of 60% Grenache and 40% Syrah, it's a plummy crowd pleaser balanced by a bold, mineral finish. Tannins are quite firm now but should meld nicely through 2027."