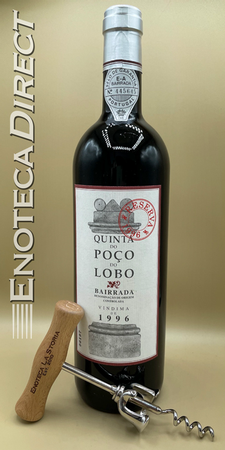 Caves S. Joao, established in 1920, became a dominant force in Portuguese wine making in the early 20th century with their houses Porta dos Cavaleiros in Dao and Frei Joao in Bairrada. Given the shifting trends in consumer preferences, Bairrada and Dao fell to obscurity in the 1990s when critical influence drove the demand for bigger, extracted, warmer climate wines. As in all things, however, what comes around goes around! Sure enough, 20 years later savvy consumers and food-conscious sommeliers are looking for finesse and freshness and heading back to Bairrada and Dao. In 2013, the Costa family, owners of the estate, decided to open their cellars and offer the old vintages in stock, ranging from 1959 to 2000. Wines that when young had a vegetal character, pronounced tannins and high acidity aged gracefully when kept in perfect condition at the winery for 20-40 years, and are now pristine examples of mature wines with profound finesse and irreplicable complexity. 90% Baga, 5% Castelao and 5% Moreto. Vines planted in 1980. Tended in clay and limestone soil at 50m (164 ft) elevation. The vineyards are planted in Bairrada - The place of clay. The area has a mild, maritime climate with abundant rainfall, which can make the rot-prone Baga a difficult variety to grow. Open top, extended skin fermentation. 24 months on cement tanks, filtered and bottled. Bottles come to us straight from the winery.

92 Points - Wine Advocate. "This bottle is still impressive. It is very lush for a Baga-dominated blend, but the Baga provides typical earthiness and amber while the other grapes in the blend add a little flavor. Enlivening, its big acidity results in a juicy finish. Then, the tannins take over. The structure is somewhat better than the concentration, but there's enough. This is in many respects still a baby, if a rather rustic one."